This has been a great week.  First, Cupid's biopsy came back clean.  Though we don't know the exact cause why that lump grew, at least it's not a tumor.  For now I will just keep an eye on it for further changes.  Removing it is a fairly minor procedure, but would primarily just be for cosmetic reasons (with a small benefit of avoiding him knocking it again.)  If we have a bad fire season again and I'm not going to be riding or something like that, we may just get it done but it's not urgent.

But possibly even better news it for the last several rides Cupid's finally felt like his old self, no crankiness much happier to go forward.  Whatever was bothering him seems to have resolved.  He's been on GutX for over a month so maybe it was that.  Or just kind of resetting our relationship with contact (taking it away completely for a while then slowly building back).  Or just some other body soreness.

He feels active and engaged, I don't have to chase him into a canter, and can actually shorten and lengthen his trot a bit.  I'm feeling pretty happy and optimistic for the first time in months!

Cupid injured his leg in a pasture accident many years ago.  After that accident he formed a slight lump on his leg which I attributed to a popped splint.  It was high enough and forward enough to not interfere with any tendons or ligaments, and never seemed to both him.  But over the past year, that protrusion has been slowly growing bigger and softer, though never with any heat, lameness, or sensitivity.  (And we're talking about a horse who's legs swell up after the most minor scrapes.)  But eventually they got to about ping pong ball size, and though it doesn't seem to bother Cupid I thought we should take a look at what's going on.  I thought it was likely that something chipped off and he was building fluid around the chip.  My biggest fear was bone sequestrum.

To my surprise, the x-ray revealed that the splint bone had never fractured, and his bones actually look great!  Rather the lump is some sort of fluid or soft tissue mass under the skin. 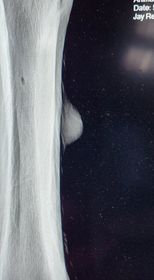 So the next step was ultrasound, which revealed two separate encapsulations, fairly similar in size and consistency though one perhaps a bit more dense. No sort of fluid core or giveaway that it would be an abscess. Possible origin cyst or hematoma.

The vet said if I want to continue, that next step would be biopsy. He cautioned me that it could well be inconclusive, but relatively low cost and not terribly painful to Cupid. I thought it over briefly but I’m curious enough to try it.

So he stuck the biopsy needle into the less dense sac, and we see nothing. After a few moments of suction he gets a small amount of clear fluid (not sure at this point if we got inside the sac or just the surrounding fluid.)  There was some external bleeding as he pulls the needle out. Then he hit the more dense looking one, and again nothing at first then he gets a bit of blood. The two samples are going off to the lab, and we should hear back in about a week but again it may or may not reveal anything. Vet still thinks either hematoma or some sort of cyst possible.  Tumor unlikely, fingers crossed!

It is a bit inconclusive at this time whether the lump could be drained in the field, or need to be fully opened up in a clinical setting.  Right now the lump is more unsightly then problematic, so if the lab results are inconclusive then I’ll have to decide how much to pursue this or just observe for further changes.  In any event the vet said if we are to plan a removal he recommends waiting until dry weather, so we can do some turnout while he heals.